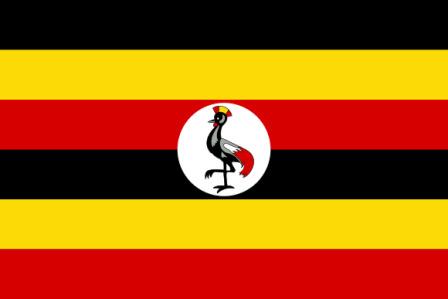 Uganda today begins a 5-day immunization campaign against measles and rubella, targeting 18 million children –  which amounts to 43% of the country’s population. Among them, 8.2 million children younger than 9 months, or 20.5% of the population, will also receive the oral polio vaccine.

The campaign, to be conducted in schools for the first three days and in communities for the last two days, targets all children younger than 15 years, whether previously immunized or not, in order to interrupt circulation of these diseases..

It is expected to serve as a launch pad to introduce the measles-rubella vaccine into the country’s routine immunization schedule.

Uganda has experienced measles outbreaks across numerous districts in the past three years. At the same time, polio remains a daunting threat, given evidence of vaccine-derived strains circulating in neighbouring countries.

The five-day mass immunization campaign, funded by the Government of Uganda; GAVI, the Vaccine Alliance; the United Nations Children’s Fund; and the World Health Organization (WHO); intends to tackle these three public health challenges.

“This campaign does NOT replace the routine immunization schedule. Parents, caregivers and all concerned must ensure that all children receive and complete all the vaccines specified on our immunization schedule after the campaign,” said Dr Jane Ruth Aceng, Uganda Minister of Health.

The mass campaign provides opportunity to intensify sensitization of communities on measles, rubella and polio as well as disease surveillance and to investigate any unreported but suspected cases of these diseases. This is particularly important because of the declining trend in routine immunization coverage in

“This is an extremely important exercise,” said Dr Matshidiso Moeti, WHO Regional Director for Africa. “It represents an impressive level of commitment to health care that we need more than ever across the African Region to prevent deaths, disease and suffering and to avoid unnecessary expenditure when caring for people who are sick.”

The Government of Uganda acknowledges the importance of immunization against various diseases to attain Sustainable Development Goal 3, which underlines the need for good health and well-being.

“We appeal to all parents, caregivers and guardians to take your children younger than 15 years for immunization against measles, rubella and polio during this mass exercise. The Ministry of Health has approved the vaccines to be used, and they are safe, free and effective,” said Dr Yonas Tegegn Woldermariam, WHO Representative in Uganda.

During the campaign, teams of health workers will set up vaccination service delivery posts across the country, with the objective of attaining more than 95% immunization coverage, which is needed to interrupt the transmission of measles, rubella and polio.

The Ministry of Health (MoH), with support from the Global Alliance for Vaccines and Immunizations (GAVI), the World Health Organization (WHO), and the United Nations Children’s Fund (UNICEF) trained 150 national level supervisors who will supervise and build the capacity of district health workers in the country to implement the MR and Polio campaign.

“Your role is to guide the health workers down at the district level to ensure that no mistakes are made during this exercise,” said Dr Jane Ruth Aceng while opening the training. “This exercise is very important because we are countering the current measles outbreak as well as ensuring that we achieve 100% coverage target,” she added.

Dr Aceng implored the health workers to participate actively in the district planning exercises as well as help other colleagues in the districts address any challenges that may arise during the campaign.

The ministry targets 100% coverage for the campaign.  Measles immunization coverage currently stands at 86% which is far below the desired target of 95% that can interrupt transmission of the disease. The low coverage is due to several challenges including poor mobilization, inadequate awareness, low funding, lack of vaccines and lack of knowledge about Measles-Rubella disease in the community.