No one should die as a result of Malaria – Health Minister 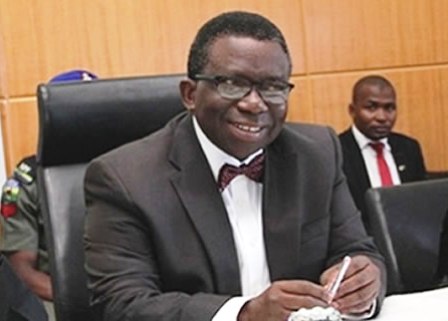 As Nigeria joined the rest of the world to mark the World Malaria Day, the Minister of Health, Prof. Isaac Adewole, says no Nigeran should die as a result of the malaria scourge because the disease is preventable and treatable.

In a speech to commemorate the 2018 World Malaria Day on Friday July 27 in Abuja, the Minister acknowledged that while malaria remains a major public health problem in Nigeria and constitutes a major barrier to social and economic development and a major cause of death among children under 5, it is preventable.

Adewole assured Nigerians that Government is concerned about the prevalence of malaria and is working hard to improve the quality of care and increased access to anti-malaria commodities, particularly amongst the poor.

He said that government is working towards securing additional funding to close the existing commodity gap and move Nigeria towards elimination of the disease. He added that with government’s commitment and support from the stakeholders as well as consistent use of Long lasting Insecticidal Treated Net and good environmental sanitation, it is possible to have a malaria-free Nigeria.

Speaking to school children from Grace Garden International School, Maitama, Abuja, at the event, the Minister informed that the federal government had directed the distribution of a large number of free mosquito nets to households across the country thus children should demand to sleep under mosquito nets.

“Nobody should die from malaria because malaria is preventable and treatable, anybody with fever should go for test to be sure if it is malaria or not, don’t allow anybody to treat you for malaria without confirmation through diagnostic test. There is no room for mono-chloroquine therapy for malaria,” the Minister stressed.

“We are making sure that we will not use our Naira to buy nets from outside the country, we would buy our nets locally, if the manufacturers can produce nets here, we would buy them and use them in Nigeria, but they should make sure they are qualitative” Adewole said.

In his remarks, the WHO Country representative Dr. Wondi Alemu, represented by Malaria Programme Manager, WHO, Dr. Lynda Ozor, called on the federal and state governments, communities and private sector to work with development partners to boost investments in malaria prevention and control.

“WHO has pledged her continuous partnership with Federal Ministry of Health to identify not only with the progress that has or will be made, but also with the difficulties that may be encountered as well as underlining ways of surmounting them”, Dr. Alemu said.