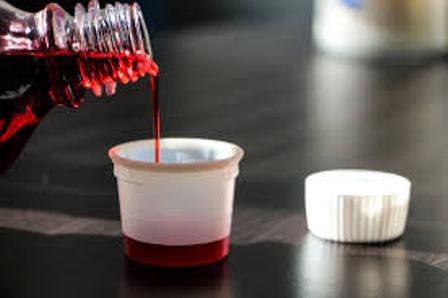 THE Pharmacists Council of Nigeria (PCN) has commenced supervision of codeine-containing cough syrup recall from the Nigerian pharmaceutical market in compliance with Federal Government directive.

The Registrar of PCN, Elijah Mohammed, revealed this in an interview with the News Agency of Nigeria (NAN) on Saturday in Abuja.

NAN recalls that the Minister of Health, Prof. Isaac Adewole, had directed PCN, NAFDAC and other regulatory bodies to supervise the recall of codeine from the market.

Mohammed reaffirmed that codeine is an opioid drug similar to morphine which has been approved and accessed over the counter in low doses for relieving patients of symptoms associated with a dry cough.

According to the registrar, codeine in such preparation, usually in smaller doses, serves as a cough suppressant and relieves pain associated with the stress of coughing.

Mohammed noted that the council in view of the ministerial directive has carried out enforcement exercise in Ogun, Sokoto and Nasarawa States, adding that same activity is currently going on in Adamawa.

The registrar noted that the council has met with the leadership of the National Association of Patent and Proprietary Medicines Vendors (PPNVs), among other stakeholders, in the pharmaceutical industry in order to facilitate the recall.

Mohammed, who emphasised that Codeine-containing cough preparation was not included in the approved medicines list of PPMVs, however, urged them to desist from the sales of codeine and other unethical drugs in order to guard against sanctions.
According to him, the council as part of efforts to rid off codeine in the society had also met with the leadership of the Association of Community Pharmacists of Nigeria (ACPN) and they made a strong commitment to enforce the recall process as well.

“In continuation of various efforts of implementing the ministerial directives, PCN enforcement team has been strengthened to ensure strict compliance with regulations and extant policies as they relate to the council’s mandate.

“PCN is the agency of the Federal Government established by Cap P17 LFN 2004 and charged with the responsibility of controlling and regulating pharmacy education, training and practice in all aspects and ramifications,’’ the registrar said.

Mohammed, however, appealed to manufacturers, importers and distributors of drugs to display more sense of ethical and moral responsibilities in the production, supply and sales of codeine.

“Economic interest and financial considerations should not override the health implications associated with the abuse of these preparations.

“The health of Nigerians must come first before any other interest,’’ he warned.

NAN also recalls that the federal government banned the production, importation, and sale of codeine in the country on May 1.

The government also directed NAFDAC to stop issuance of permits for the importation of the substance as active pharmaceutical ingredient for cough preparation.

The directive became necessary due to the gross abuse of codeine in the country, it said. (NAN)