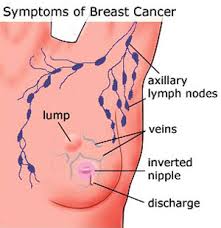 A new study by University of California, Berkeley, researchers establishes for the first time a link between infection with the bovine leukemia virus and human breast cancer.
In the study, published this month in the journal PLOS ONE and available online, researchers analyzed breast tissue from 239 women, comparing samples from women who had breast cancer with women who had no history of the disease for the presence of bovine leukemia virus (BLV). They found that 59 percent of breast cancer samples had evidence of exposure to BLV, as determined by the presence of viral DNA. By contrast, 29 percent of the tissue samples from women who never had breast cancer showed exposure to BLV.
“The association between BLV infection and breast cancer was surprising to many previous reviewers of the study, but it’s important to note that our results do not prove that the virus causes cancer,” said study lead author Gertrude Buehring, a professor of virology in the Division of Infectious Diseases and Vaccinology at UC Berkeley’s School of Public Health. “However, this is the most important first step. We still need to confirm that the infection with the virus happened before, not after, breast cancer developed, and if so, how.”
Bovine leukemia virus infects dairy and beef cattle’s blood cells and mammary tissue. The retrovirus is easily transmitted among cattle primarily through infected blood and milk, but it only causes disease in fewer than 5 percent of infected animals.
A 2007 U.S. Department of Agriculture survey of bulk milk tanks found that 100 percent of dairy operations with large herds of 500 or more cows tested positive for BLV antibodies. This may not be surprising since milk from one infected cow is mixed in with others. Even dairy operations with small herds of fewer than 100 cows tested positive for BLV 83 percent of the time.
What had been unclear until recently is whether the virus could be found in humans, something that was confirmed in a study led by Buehring and published last year in Emerging Infectious Diseases. That paper overturned a long-held belief that the virus could not be transmitted to humans.
“Studies done in the 1970s failed to detect evidence of human infection with BLV,” said Buehring. “The tests we have now are more sensitive, but it was still hard to overturn the established dogma that BLV was not transmissible to humans. As a result, there has been little incentive for the cattle industry to set up procedures to contain the spread of the virus.”
The new paper takes the earlier findings a step further by showing a higher likelihood of the presence of BLV in breast cancer tissue. When the data was analyzed statistically, the odds of having breast cancer if BLV were present was 3.1 times greater than if BLV was absent.
“This odds ratio is higher than any of the frequently publicized risk factors for breast cancer, such as obesity, alcohol consumption and use of post-menopausal hormones,” said Buehring.
There is precedence for viral origins of cancer. Hepatitis B virus is known to cause liver cancer, and the human papillomavirus can lead to cervical and anal cancers. Notably, vaccines have been developed for both those viruses and are routinely used to prevent the cancers associated with them.
“If BLV were proven to be a cause of breast cancer, it could change the way we currently look at breast cancer control,” said Buehring. “It could shift the emphasis to prevention of breast cancer, rather than trying to cure or control it after it has already occurred.”
Buehring emphasized that this study does not identify how the virus infected the breast tissue samples in their study. The virus could have come through the consumption of unpasteurized milk or under-cooked meat, or it could have been transmitted by other humans.