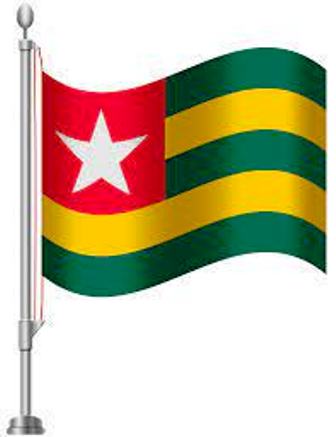 Togo has eliminated trachoma, an eye disease that can cause permanent blindness, as a public health problem. The West African nation becomes the fourth country on the continent to be validated by World health Organization (WHO) as having reached the elimination milestone after Morocco in 2016, Ghana in 2018 and The Gambia in 2021.

Trachoma is a neglected tropical disease. It is caused by bacteria and mainly affects children. In adults, women are up to four times more likely than men to be affected. This is mainly due to the close contact of women with infected children. Repeated infection can severely scar the inside of the eyelid, turning it inwards and causing the eyelashes to rub against the eyeball. This results in constant pain and light intolerance. Left untreated it leads to visual impairment or blindness.

“Togo’s achievement is a significant step in the progress towards trachoma elimination. Children across the country and their families can now live without the fear of the severe impacts of this preventable disease thanks to sustained control measures,” said Dr Matshidiso Moeti, WHO Regional Director for Africa.

Efforts to eliminate trachoma in Togo started in 1989, with its inclusion as one of the priority neglected tropical diseases under the national control programme. The major elimination strategy was screening and treatment of people with late trachoma complications. Community participation was central to the success in Togo, with community health workers trained to identify suspected cases and refer them for examination and treatment.

Togo also led series of awareness campaigns focusing on the importance of facial cleanliness and personal hygiene in the fight against trachoma and invested in significant improvements in the provision of safe water and access to better sanitation.

Validation of trachoma elimination as a public health problem in Togo was based on evidence. Several population-based trachoma surveys were conducted starting from 2006 to 2017. The 2017 survey using WHO recommended methodology found that the prevalence of key indicators was below the WHO trachoma elimination threshold. There was also evidence that Togo’s health system is able to identify and treat new cases of late complications of trachoma.

Globally, Togo joins 12 other countries that have been validated by WHO for having eliminated trachoma as a public health problem. These are Cambodia, China, Islamic Republic of Iran, Lao People’s Democratic Republic, Gambia, Ghana, Mexico, Morocco, Myanmar, Nepal, Oman and Saudi Arabia.

Globally, trachoma remains a public health problem in 43 countries with an estimated 136 million people living in areas endemic for the disease. Trachoma is found mainly in the poorest and underserved remote rural communities of Africa, Central and South America, Asia, Australia and the Middle East. The African Region is disproportionately affected by trachoma with 116 million people living in at-risk areas, which represents 85% of the global trachoma burden.

Significant progress has been made over the past few years and the number of people requiring antibiotic treatment for trachoma infection in the African Region fell by 73 million; from 189 million in 2014 to 116 million as of June 2021.

Trachoma is the leading infectious cause of blindness and is due to Chlamydia trachomatis bacterium infection. The infection spreads from person to person through contaminated fingers, fomites and flies that have come into contact with discharge from the eyes or nose of an infected person. Environmental risk factors for trachoma transmission include poor hygiene, overcrowded households, inadequate access to water and inadequate access or use of proper sanitation facilities.

The disease can be controlled through the WHO recommended SAFE strategy, which comprises surgery to treat the late complication of trachoma, antibiotics to clear infection, facial cleanliness, and environmental improvement, particularly improving access to water and sanitation to reduce transmission.