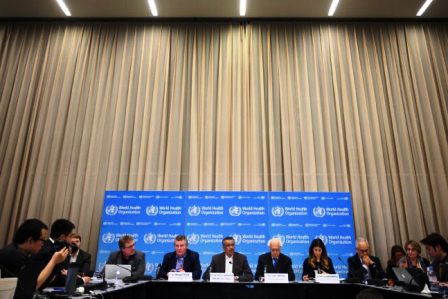 The World Health Organization declared on Thursday that the novel coronavirus outbreak  a public health emergency of international concern,  saying the disease now represents a risk beyond China, where it emerged last month.

The WHO made the declaration after the second meeting of its emergency committee in Geneva, which previously declined to do so after meeting twice last week.

Since then, China, other governments and multinational businesses have taken emergency steps to limit the virus’s spread, including halting some travel to China.

A public health emergency of international concern is a situation that is serious, unusual or unexpected with international implications that potentially requires a coordinated, international response, according to the WHO.

Public-health authorities say the designation helps mobilize resources to contain the virus’s spread. The WHO’s director-general can make recommendations to the international community, though they aren’t legally binding.

WHO Director-General Tedros Ghebreyesus said he was confident in China’s capacity to control the outbreak, which has sickened more than 7,800 people and killed 170, mostly in the Hubei province in China surrounding Wuhan.

Last week, the committee was divided. Declaring emergencies is always a hard decision, said Tedros Adhanom Ghebreyesus, the W.H.O.’s director general, because closed borders and canceled flights lead to personal hardships for millions of healthy people near the epicenter and can cause massive economic disruption..

The agency praised China’s aggressive response to the virus.