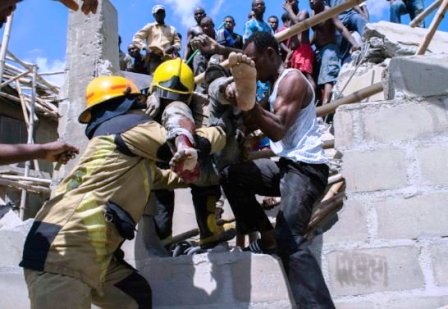 As part of efforts to ensure full recovery from trauma and ill health, the Lagos Government through the Ministry of Health has commenced general clinical follow-up and rehabilitation sessions for victims and survivors of the Ita-Faji collapsed building in Lagos.

Speaking at the first general clinical follow-up and rehabilitation sessions held recently at the General Hospital, Lagos, the Permanent Secretary, Ministry of Health, Dr. Titilayo Goncalves stated that the rehabilitation session is under the auspices of the Lagos State Governor, Mr. Babajide Sanwo-Olu to ensure full recovery of victims and survivors of the unfortunate incidence.

She said:  “What happened is quite unfortunate and we do not pray for a recurrence but moving on, the State government being responsible and responsive is concerned about the health and well-being of citizens and as such is providing this clinical follow up and rehabilitation session to ensure good health for the victims of this incident and help them recuperate”

Goncalves explained that the State government, as part of the clinical follow-up and rehabilitation session for the victims, is carrying out mental health support for those who may have been traumatized by the incident.

“As part of efforts to ensure full recovery from shock and trauma suffered by the victims especially the bereaved amongst them, mental health talk and support is being offered by our trained psychiatrists, grief counsellors and social workers because some of them after such a traumatic incidence, require mental health support to help them overcome their grief”, She said.

The Permanent Secretary while giving kudos to the Oba of Lagos, Oba Rilwan Akinolu for his support and generous donations to the victims and survivors of the collapsed building noted that such gesture has played a significant role in the rehabilitation process.

She urged residents of the State to subscribe to Lagos State Health Insurance Scheme stressing that the State government through the Ministry of Health is poised to ensure quality, affordable and accessible health care services through the scheme.

“We have started the Lagos State Health Insurance Scheme and with 8,500 naira a year, you can enjoy quality health coverage which is efficient and accessible. I can assure you that with the series of orientation courses which we have started for our health personnel, quality treatment in terms of empathy and positive attitude awaits you at our health facilities”, the Permanent Secretary said.

The Director, Medical Administration, Training and Programs in the Ministry of Health who also spoke at the event stated that the clinical follow-up and rehabilitation sessions will include further medical care for victims who require it.

She added that the victims as part of the rehabilitation session will be provided with medications, foodstuff, school kits for the children and other items that will aid the process of recovery stressing that the provision of the items has been made possible by the State government, the Oba of Lagos and other well-meaning individuals.